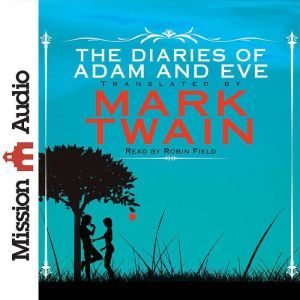 The Diaries of Adam and Eve

Mark Twain spills his wit and whimsical sense of humor onto the pages of his novel The Diaries of Adam and Eve. The story tells of the events that took place in the Garden of Eden prior to the entrance of the deceitful serpent. Adam and Eve are not exactly getting along. Through the struggles listed in their diaries, one can safely assume that these two very different human beings are each other’s greatest source of frustration. Intended as a comical insight into the complex relations between men and women, The Diaries of Adam and Eve displays a progression from continual annoyance to a perfect partnership.