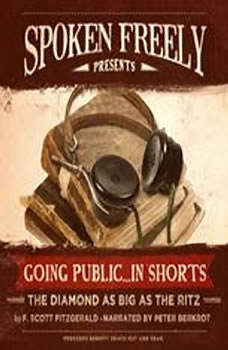 The Diamond as Big as the Ritz

Written in the same vein as The Curious Case of Benjamin Button, The Diamond as Big as the Ritz is one of F. Scott Fitzgeralds most imaginative shorter works. John T. Unger is a young southerner who goes to Montana for summer vacation with a wealthy college classmate. But the classmates family proves to be much more than simply wealthythey own a mountain made entirely of one solid diamond. And theyve gone to dreadful lengths to conceal their secret, which means that John could be in danger. But the family also has a daughterthe lovely Kismineand with her help, John may yet escape the fate her family has meted out to all their other guests so far.Proceeds from sale of this title go to Reach Out and Read, an innovative literacy advocacy organization.