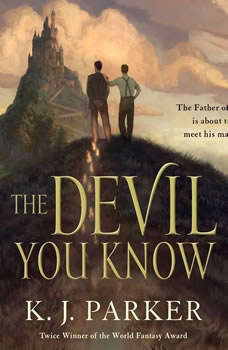 The Devil You Know

The greatest philosopher of all time is offering to sell his soul to the Devil. All he wants is twenty more years to complete his life’s work. After that, he really doesn’t care.But the assistant demon assigned to the case has his suspicions, because the philosopher is Saloninus–the greatest philosopher, yes, but also the greatest liar, trickster and cheat the world has yet known; the sort of man even the Father of Lies can’t trust.He’s almost certainly up to something; but what?