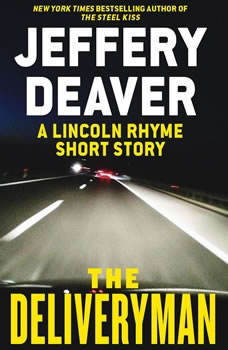 Forensic detective Lincoln Rhyme and his partner Amelia Sachs return in this short story from New York Times bestselling author Jeffery DeaverTHE DELIVERYMANA Lincoln Rhyme Short StoryA man is murdered in a back alley. Renowned forensic detective Lincoln Rhyme and his partner Amelia Sachs are left with a veritable mountain of evidence collected from the trash-filled alley, and their only lead is a young eyewitness: the man's eight-year-old son, who was riding along on his father's delivery route.But the murder victim may have been more than just a simple deliveryman. Rhyme and Sachs uncover clues that he might have been delivering a highly illegal, contraband shipment--which is now missing. And someone wants it back...