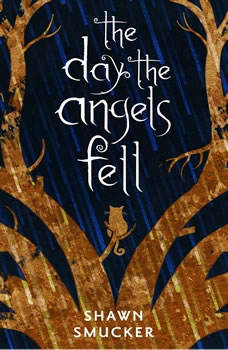 The Day the Angels Fell

It was the summer of storms and strays and strangers. The summer that lightning struck the big oak tree in the front yard. The summer his mother died in a tragic accident. As he recalls the tumultuous events that launched a surprising journey, Samuel can still hardly believe it all happened. After his mother&#39;s death, twelve-year-old Samuel Chambers would do anything to turn back time. Prompted by three strange carnival fortune-tellers and the surfacing of his mysterious and reclusive neighbor, Samuel begins his search for the Tree of Life--the only thing that could possibly bring his mother back. His quest to defeat death entangles him and his best friend Abra in an ancient conflict and forces Samuel to grapple with an unwelcome question: could it be possible that death is a gift? Haunting and hypnotic, The Day the Angels Fell is a story that explores the difficult questions of life in a voice that is fresh, friendly, and unafraid. With this powerful debut, Shawn Smucker has carved out a spot for himself in the tradition of authors Madeleine L&#39;Engle and Lois Lowry.