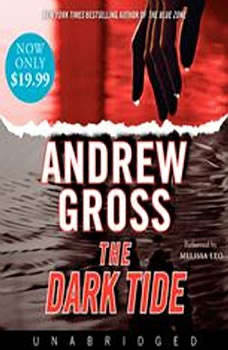 From the New York Times bestselling author of The Blue Zone comes this second mesmerizing thriller about a woman who must unravel the secrets from her dead husband's past.An explosion rips through New York City's Grand Central Station, destroying the train Karen Friedman's husband, a successful hedge fund manager, is riding in to work. On the same day, there's a suspicious hit-and-run accident in Karen's hometown of Greenwich, Connecticut, and Ty Hauck, a detective, finds a clue that shockingly connects the two seemingly unrelated events.Months later, two men show up at Karen's home digging into Charles' business dealings. Hundreds of millions of dollars are missing—and the trail points squarely to Charles. Suddenly Karen, with Hauck, steps into a widening storm of hedge fund losses, international scams and murder. And as the investigations converge, these two strangers are pulled into a twisted—and deadly—conspiracy. With its breakneck pacing, plentiful twists, compelling characters, and abundant heart, The Dark Tide confirms Andrew Gross' place as a master storyteller at the top of his game.

Interesting and a good read but you'd better pay attention.