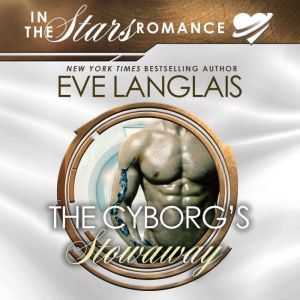 Can a cyborg let go of the wife he lost and make a stowaway his bride?

There’s a problem on the Gypsy Moth. Craig 'Crank' Abrams has found a stowaway. A tiny one that tucks easily under his chin with

the biggest damned eyes he’s ever seen—and a way of tugging at a mechanical heart he thought broken.

Ghwenn has secrets, which is why she’s on the run and hiding. When her enemies catch up to her, she finds an unlikely hero in the cyborg

that refuses to hand her over.

This is a stand alone romance with a happily ever after.