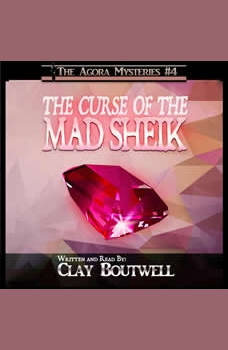 The Curse of the Mad Sheik: A 19th Century Historical Murder Mystery

"There it was again. A moment, a flash, something indescribable and so quickly discarded that one would feel obliged to disbelieve one's own eyes had it not become inescapable by multiple repetition in my presence."Murder and intrigue abound. At the center of it all appears a mysterious sheik and his cursed ruby.--In the style of Arthur Conan Doyle, Clay Boutwell brings back the Agora Society and its premiere scholar, Carl Brooke. This is the fourth novella in the Agora Series, the others being, Two Tocks before Midnight, The Penitent Thief, and The Peace Party Massacre.