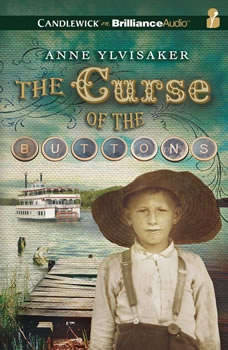 The Curse of the Buttons

"'Eleven is not too young for war,' Ike said to Barfoot, who swished his tail agreeably, then lumbered to the yard table and stuck his nose in an unattended pie."When a steamboat arrives heralding the news that Iowa has been called up to represent the Union of the United States of America, Ike is beside himself with excitement. For months, the promise of war has enveloped small-town Keokuk like a grand game that everyone's in on—everyone but Ike, his swaybacked pony, and his best friend and checkers partner, Albirdie. Left behind with Mother and the aunts and girl cousins while the Button men march forth toward glory, Ike's fate is sealed. Unless he can call on the ingenuity of his fabled (some say cursed) ancestor—the adventuresome Uncle Palmer—seek passage to Missouri disguised as a drummer boy, and meet up with the Iowa First, that is. But some opportunities are meant to be missed. And some arrive when you least expect them.

Anybody Shining
by Frances O'Roark Dowell

Can one mistake destroy the chance of a lifetime? A girl discovers there are many ways of being true in this magnificent ode to handwritten letters and the shining power of friendship from the author of "Dovey Coe," set in the Appalachian mountains ...