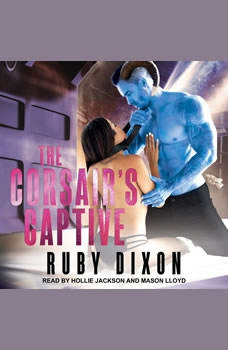 A pirate doesn't ask for permission—he takes. When I see the delicate human female collared and enslaved by the smuggler I'm about to swindle, I do what any male would do. I take her from him. It's what I do best, after all. Now Fran's mine, and I'm never giving her up. On board my spaceship, she'll be safe. She'll wear my clothes, eat my food, and sleep in my bed. I'll keep her safe from a galaxy that wishes her harm. But my sweet Fran wants nothing more than to return to Earth. How can I take her home when she holds my heart in her dainty, five-fingered hands? Contains mature themes.