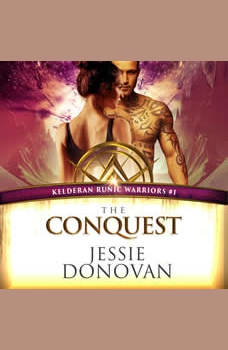 Leader of a human colony planet, Taryn Demara has much more on her plate than maintaining peace or ensuring her people have enough to eat. Due to a virus that affects male embryos in the womb, there is a shortage of men. For decades, her people have enticed ships to their planet and tricked the men into staying. However, a ship hasn’t been spotted in eight years. So when the blip finally shows on the radar, Taryn is determined to conquer the newcomers at any cost to ensure her people’s survival.

Prince Kason tro el Vallen needs to find a suitable planet for his people to colonize. The Kelderans are running out of options despite the fact one is staring them in the face—Planet Jasvar. Because a group of Kelderan scientists disappeared there a decade ago never to return, his people dismiss the planet as cursed. But Kason doesn’t believe in curses and takes on the mission to explore the planet to prove it. As his ship approaches Jasvar, a distress signal chimes in and Kason takes a group down to the planet’s surface to explore. What he didn’t expect was for a band of females to try and capture him.

As Taryn and Kason measure up and try to outsmart each other, they soon realize they’ve found their match. The only question is whether they ignore the spark between them and focus on their respective people’s survival or can they find a path where they both succeed?