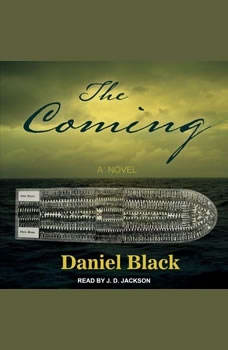 Lyrical, poetic, and hypnotizing, The Coming tells the story of a people's capture and sojourn from their homeland across the Middle Passage—a traumatic trip that exposed the strength and resolve of the African spirit. Extreme conditions produce extraordinary insight, and only after being stripped of everything do they discover the unspeakable beauty they once took for granted. This powerful, haunting novel will shake listeners to their very souls.

The Daughter of Union County
by Francine Thomas Howard

Fourteen years after the end of slavery, Lord Henry Hardin and his wife, Lady Bertha, enjoy an entitled life in Union County, Arkansas. Until he faces a devastating reality: Bertha is unable to bear children. If Henry doesn’t produce an heir, ...