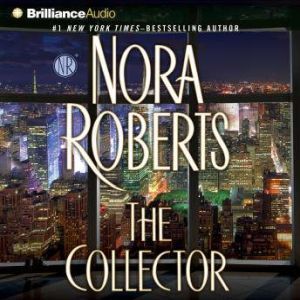 From #1 New York Times bestselling author Nora Roberts comes a novel about a woman who needs nothing, a man who sees everything, and the web of deceit, greed and danger that brings them together—and could tear them apart... When professional house-sitter Lila Emerson witnesses a murder/suicide from her current apartment-sitting job, life as she knows it takes a dramatic turn. Suddenly, the woman with no permanent ties finds herself almost wishing for one... Artist Ashton Archer knows his brother isn’t capable of violence—against himself or others. He recruits Lila, the only eyewitness, to help him uncover what happened. Chalking up their intense attraction to the heat of the moment, Lila agrees to help Ash try to find out who murdered his brother and why. From the penthouses of Manhattan to grand Italian villas, their investigation draws them into a rarefied circle where priceless antiques are bought, sold, gambled away and stolen; where what you possess is who you are; and where what you desire becomes a deadly obsession...