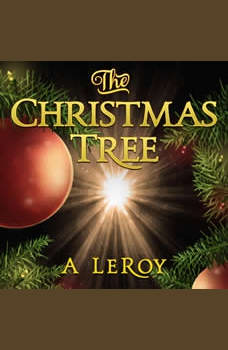 The Christmas Tree: A Tale of Divine Awakening for all Ages and Seasons (The Christian Reveries Collection Book 1)

A tree is torn from his forest home and all that he loves, but there is courage in the heart of a little boy to protect his beloved tree.

The author dreamt up this story after witnessing the abandonment of trees on city sidewalks after Christmas, but here his invention of a magical journey for one such tree transports you through time and space and otherworldly encounter, even to the throne of God!

In the tradition of our timeless fairy tales, and steeped in Biblical themes, The Christmas Tree imparts a hope that embraces all of humanity, a testament to love in this world and the next.

Now let your imagination take flight with its wonders!

"A very timely spiritual Christian story… a moving audiobook that held my attention through the entire production. The narration was provided by the author himself with a performance I found to be engaging, spirited, and moving.”

“By the end had me in tears both of sadness and joy!”

"Lyrical, spiritually enchanting, this little story becomes an important part of our literature."