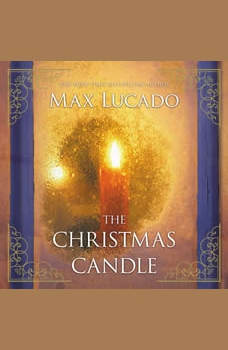 <p style="text-align: center;">From New York Times bestselling author Max Lucado comes a timeless message that will warm your heart.</p><p>&ldquo;The Christmas Candle shines with a radiant insight. Written with Max Lucado&rsquo;s signature style of sincerity and spiritual perception, this story will warm the reader&rsquo;s heart with the wonders of God&rsquo;s love and mercy.&rdquo; &mdash;In the Library Reviews</p><p>Imagine a Victorian England village in the Cotswolds where very little out of the ordinary ever happens . . . except at Christmas time.</p><p>This year, Edward Haddington, a lowly candle maker, is visited by a mysterious angel. That angel silently imparts a precious gift&mdash;a gift that&rsquo;s bungled and subsequently lost. The candle maker and his wife, Bea, struggle to find the gift.</p><p>And when they do, they have to make a difficult choice. Who among their community is most in need of a Christmas miracle?</p><p>Join inspirational author Max Lucado and experience anew the joy of Christmas.</p><p>&ldquo;A powerful reminder of the true meaning of faith and community, The Christmas Candle is a welcome respite from the harried commercialism of the holiday season.&rdquo; &mdash;BookPage</p><p>&ldquo;Fans of Charles Dickens and Jan Karon, you&rsquo;re in for treat! Max Lucado has penned a wholly original Christmas story complete with cobblestone streets, quirky characters, and a supernatural visit you&rsquo;ll never forget.&rdquo; &mdash;John C. Maxwell, New York Times bestselling author on The Christmas Candle</p>