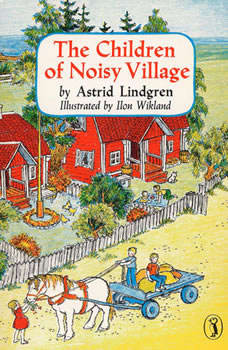 The Children of Noisy Village

Let the beloved author of Pippi Longstocking take you on an adventure to Noisy Village!

Go crayfishing in the summer at Nocken, “dipping in the pot” at Christmastime with Lisa and Karl, and join Britta and Anna who know the best way to go about “nutting” for the New Year. In this gently humorous tale, master storyteller Astrid Lindgren takes us through a year in the lives and customs of six Swedish children living on a group of three farms in the countryside.

“A timeless story . . . Each chapter has its accounts of highly inventive fun and distinctly merry Swedish festivities around the year.”—Horn Book

The beloved story of a spunky young girl and her hilarious escapades.Tommy and his sister Annika have a new neighbor, and her name is Pippi Longstocking. She has crazy red pigtails, no parents to tell her what to do, a horse that lives on her porch,...