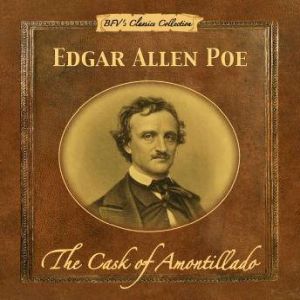 The Cask of Amontillado

Written in 1846, "The Cask of Amontillado" is a powerful tale of revenge and is considered universally to be one of Poe's best short stories. Montresor, the sinister narrator of this tale, pledges revenge upon Fortunato for an insult. Montresor intends to seek vengeance in support of his family motto: "Nemo me impune laces sit." (No one assails me with impunity.) Simple piano music sets a haunting mood, while narrator, Michael Pearl, weaves a tale you will never forget.