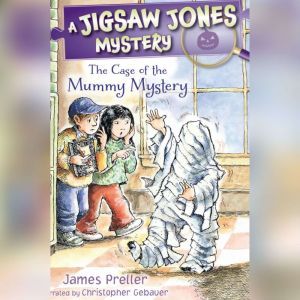 The Case of the Mummy Mystery

James Preller's wry, witty, Jigsaw Jones chapter book mysteries are once again available to inspire the next generation of young readers, featuring both new titles and classroom classics! The Case of the Mummy Mystery It all started with a dare. . . . Only Joey Pignattano would agree to eat a worm in exchange for a dollar. Problem is, he doesn't trust Bobby Solofsky to hold up his end of the deal. So he's hired Jigsaw Jones and Mila Yeh to make sure Bobby keeps his word. But when the worm goes missing and the primary suspect is a mummy?on Halloween of all days!?Jigsaw Jones is the only one who can solve the case!