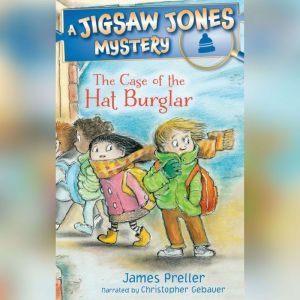 The Case of the Hat Burglar

Jigsaw Jones is back! A brand new original mystery, The Case of the Hat Burglar is the newest installment of the Jigsaw Jones chapter book series by James Preller. Someone's been stealing from the lost and found. But the strangest part of this mystery is what they've been stealing. Not mittens, or books, or water bottles?only hats! Just when Jigsaw comes up with a plan to catch this hat burglar in the act, the mystery thief strikes again right under his nose! Will this be the first case Jigsaw and Mila can't solve? Sure to delight and intrigue young minds in equal measure, this never-before-published mystery chapter book is full of charming illustrations and James Preller's signature humor and warmth.