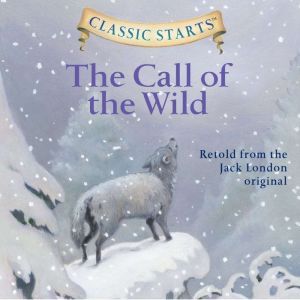 Following Sterling&#39;s spectacularly successful launch of its children&#39;s classic novels (240,000 books in print to date),comes a dazzling new series:&#160;Classic Starts. The stories are abridged; the quality is complete.&#160;Classic Starts&#160;treats the world&#39;s beloved tales (and children) with the respect they deserve. Here is the ultimate dog story, one filled with emotion, adventure, and excitement.&#160; During the Gold Rush, Buck is snatched away from his peaceful home and brought to the harsh and bitter Yukon to become a sled dog. Will he adapt, and learn to trust men? Or will his newly awakened primitive instincts lead him to search for the freedom he has never known?&#160;