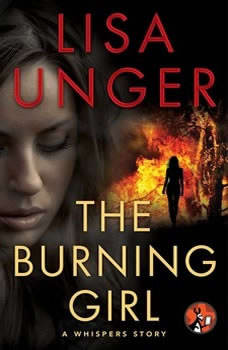 The Burning Girl: A Whispers Story

From New York Times bestselling author Lisa Unger comes the second of three e-novellas about a psychic medium and the strange secrets she begins to uncover—for better or for worse.Ten years after Eloise Montgomery discovers her psychic abilities, she is a full-fledged working psychic, with a partner and a business. Now, in The Burning Girl, she’s discovering some disturbing things: secrets about her genealogy that are, perhaps, best left in the past; that her granddaughter Finley has powers of her own; and that not all of Eloise’s visitors actually want to be helped. Some of them are just looking for trouble…Writing with the same taut prose that earned her critical acclaim for her explosive thriller Beautiful Lies, Lisa Unger delivers a spellbinding story that will leave you wanting more.