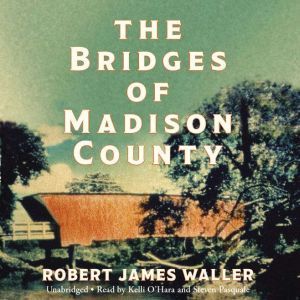 The Bridges of Madison County

If you've ever experienced the one true love of your life, a love that for some reason could never be, you will understand why readers all over the world were so moved by this small, unknown first novel that they made it a publishing phenomenon and #1 bestseller. The story of Robert Kincaid, the photographer and free spirit searching for the covered bridges of Madison County, and Francesca Johnson, the farm wife waiting for the fulfillment of a girlhood dream, THE BRIDGES OF MADISON COUNTY gives voice to the longings of men and women everywhere-and shows us what it is to love and be loved so intensely that life is never the same again.