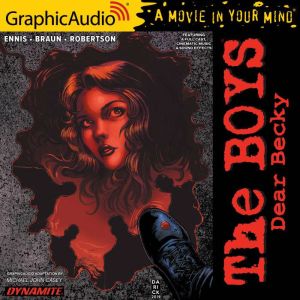 The Boys: Dear Becky: The Boys

"Twelve years after the events of The Boys, Hughie finds himself back home in Scotland where he intends to finally marry Annie in the company of friends and family. But the sudden appearance of a peculiar document sends our hero into a tailspin and threatens to bring the events of his nightmarish past crashing down on him in the worst possible way. There was one story about The Boys that Hughie never knew. Now, whether he likes it or not, he's going to. Collects issues #1-8 adapted to GraphicAudio featuring a full cast of actors, immersive sound effects and cinematic music. Performed by Michael John Casey, Dave Coyne, Eric Messner, Laura C. Harris, Kimberly Gilbert, Danny Gavigan, David Engel, KenYatta Rogers, Christopher Walker, Amanda Forstrom, Rayner Gabriel, Matthew Pauli, Rana Kay, Robb Moreira, Ryan Carlo Dalusung, Chris Stinson, Elena Anderson, Rob McFadyen, Troy Allan, Jonathon Church, Lydia Kraniotis, Carolyn Kashner, Keith Richards, Stephon Walker, Chris Davenport, and James J. Johnson." 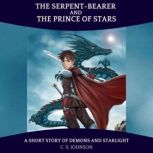 The Serpent-Bearer and the Prince of Stars
by C. S. Johnson

A tiresome task.A deceptive dragon.A prince that changes everything.Ophiuchus is a celebrated warrior of the Celestial Kingdom and a warrior among the Stars. He has been always been a dutiful servant of the Prince of Stars. So when the prince asks h... 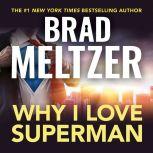 Why I Love Superman
by Brad Meltzer