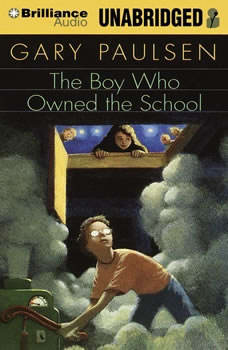 The Boy Who Owned the School

Jacob Freisten's goal in life is to be unnoticed. He's perfect at gliding past the jocks' lockers and sneaking into his English class. But he won't be unnoticed now. If he wants to pass English, he has to work for extra credit on the stage crew of the school production of The Wizard of Oz. Jacob, who's usually in a fog anyway, gets the job of running the fog machine. The problem is that Maria Tresser, the girl of his dreams, is playing the Wicked Witch. Jacob has already made a fool of himself in front of Maria. How can he face her again?