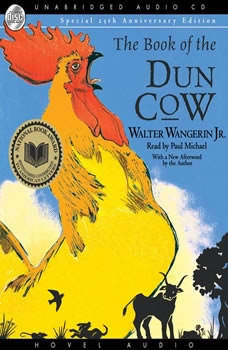 The Book of the Dun Cow

Walter Wangerin's profound fantasy concerns a time when the sun turned around the earth and the animals could speak, when Chauntecleer the Rooster ruled over a more or less peaceful kingdom. What the animals did not know was that they were the Keepers of Wyrm, monster of evil long imprisoned beneath the earth ... and Wyrm, sub terra, was breaking free.