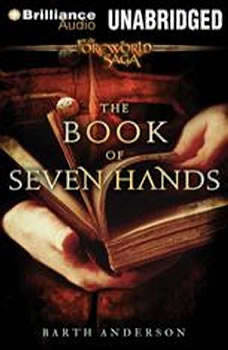 The Book of Seven Hands: A Foreworld SideQuest

Expert swordsmen Basilio and Alejo have one last mission before they go their separate ways: they must recover their teacher Don Manuel's ancient fighting manual and take it to remote Cataluña in order to have it translated by the famous alchemist Paracelsus. Unbeknownst to them, however, Don Manuel has been murdered, and a host of powerful forces has come looking for the coveted book – everyone from old lovers and lifelong archenemies to the King's assassin, and the Spanish Inquisition. The adventures of Basilio and Alejo usher in a new era of adventures in Foreworld, one wherein the Shield-Brethren, the fabled warrior monks of the medieval era, have been stricken from history. Old traditions are threatened and long-standing secrets are in danger of being revealed.

An atmospheric and intrigue-filled novel of dead gods, buried histories, and a mysterious, protean city--from one of America's most acclaimed young fantasy writers. The city of Bulikov once wielded the powers of the gods to conquer the world, enslav...

Haroun and the Sea of Stories
by Salman Rushdie