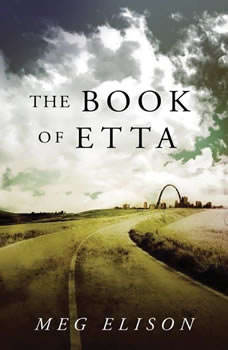 The Book of Etta

Series: The Road to Nowhere #2

In the gripping sequel to the Philip K. Dick Award-winning novel The Book of the Unnamed Midwife, one woman undertakes a desperate journey to rescue the future.Etta comes from Nowhere, a village of survivors of the great plague that wiped away the world that was. In the world that is, women are scarce and childbearing is dangerous…yet desperately necessary for humankind’s future. Mothers and midwives are sacred, but Etta has a different calling. As a scavenger. Loyal to the village but living on her own terms, Etta roams the desolate territory beyond: salvaging useful relics of the ruined past and braving the threat of brutal slave traders, who are seeking women and girls to sell and subjugate.When slavers seize those she loves, Etta vows to release and avenge them. But her mission will lead her to the stronghold of the Lion—a tyrant who dominates the innocent with terror and violence. There, with no allies and few weapons besides her wits and will, she will risk both body and spirit not only to save lives but also to liberate a new world’s destiny.

In this intense, post-apocalyptic reimagining of the Trojan War epic, two women clash when loyalty, identity, community, and family are all put to the ultimate test.After a devastating plague, two communities emerge as bastions of survival. One is c...

D..J. Molles' stunning Remaining saga continues in this first novella in the series set in a world ravaged by a bacterium that has turned 90% of the population into ravenous animals. While Captain Lee Harden struggles to fulfill his part in Project...

The Beachhead
by Christopher Mari

After Earth is decimated, the entire remaining human population is marooned on an unfamiliar beach. The enigmatic winged Orangemen leave the survivors with instructions to remake their society, basic tools and weapons, and a few thousand books, incl...

The Wind through the Fence
by Jonathan Maberry

From New York Times bestselling author Jonathan Maberry comes a downbeat psychological drama set in the bleak wastelands a few years after the zombie apocalypse. This short story was originally published in the collection Hungry Tales.

From New York Times bestselling author Jonathan Maberry comes a semi-sequel to Dead of Night in which four army reservists are assigned to hold a small rural bridge during the early days of the zombie apocalypse. This short story was previously publ...

Dan Molles' stunning Remaining saga continues in the second novella in the series set in a world ravaged by a bacterium that has turned 90% of the population into ravenous animals. The world is slipping into chaos. A mysterious plague has come stat...

The Book of the Unnamed Midwife
by Meg Elison

A Publishers Weekly Best Book of 2016 and Philip K. Dick Award WinnerWhen she fell asleep, the world was doomed. When she awoke, it was dead.In the wake of a fever that decimated the earth’s population—killing women and children and maki...