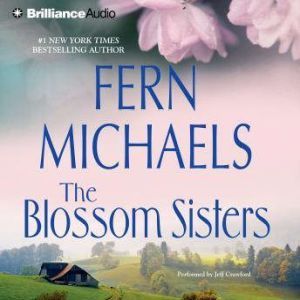 In a richly rewarding novel filled with unforgettable characters, #1 New York Times bestselling author Fern Michaels explores the enduring bonds of family as one man loses everything—only to find the freedom to create a bold new life.…Gus Hollister owes all his success to his feisty grandmother, Rose, and he knows it. It was Rose and her two sisters, Iris and Violet, who raised Gus, sent him to the best schools, and helped him start his own accounting business. Rose even bought the house Gus lives in with his wife, Elaine.But now, Gus stands to lose everything—his home, his car, and his business. Worse, he’s alienated his beloved grandma, who tried to warn him about Elaine’s greedy, gold-digging ways. Gus, blinded by infatuation, refused to listen, and now Elaine has locked him out of the house he was foolish enough to put in her name.Heartsick and remorseful, Gus returns to Rose’s Virginia farmhouse seeking shelter. But it won’t be easy to make amends. Despite their pretty floral names, there’s nothing delicate about the Blossom sisters. Unbeknownst to Gus, they’ve also been running a very lucrative business from home and don’t want interference. Yet family and forgiveness go hand in hand, and Gus isn’t giving up.With the help of close friends, new associates, and some very sprightly ladies, Gus begins to repair the damage he’s done and help the residents of Blossom Farm begin the next phase of their business. He might even be finding the courage to love again. Because no matter how daunting starting over can be, the results can surpass your wildest expectations—especially when the Blossom sisters are in your corner.…