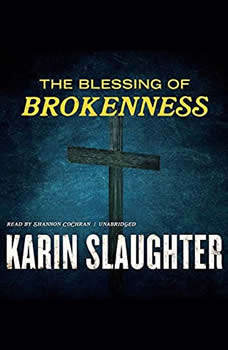 The Blessing of Brokenness

Mary Lou Dixon works at the Christ Holiness Baptist Church. She's overseeing the repair of the cross above the altar in time for Christmas when things start to go horribly wrong.This short story by New York Times bestselling author Karin Slaughter is taken from the exclusive audiobook collection The Unremarkable Heart, and Other Stories.