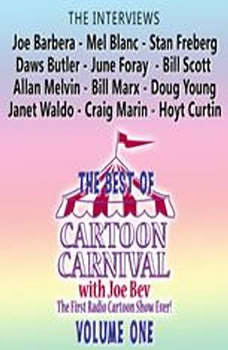 The Best of Cartoon Carnival, Volume One: "The Interviews"

One Song at a Time
by Joe Bevilacqua

Founded by Rod Kennedy, the Kerrville Folk Festival has run annually since 1972. It is the longest continuously running music festival of its kind in North America. For eighteen straight days and nights each May and June, over thirty thousand guests...