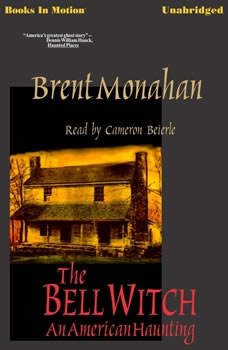 The Bell Witch - An American Haunting

Known throughout Tennessee as "Old Kate," the Bell Witch took up residence with John Bell's family in 1818. It was a cruel and noisy spirit, given to knocking and gnawing sounds before finding its own voices. With these voices and supernatural acts, the B