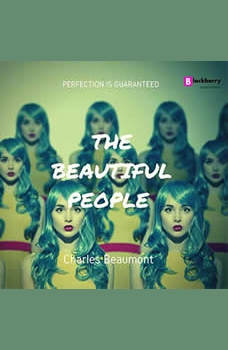 The Beautiful People is a cautionary Sci Fi short stories & anthologies under an hour, Sci Fi fantasy, Sci Fi classic about a rebellious adolescent girl in a future conformist society in which people are obligated to alter their physical appearance (adapted as an episode of Twilight Zone, "Number 12 Looks Just Like You") by Charles Beaumont. Sci Fi year. Sci Fi Dark Fantasy. Fantasy Contemporary.

A Nice Place to Visit
by Charles Beaumont

After being shot to death by a policeman, thief Rocky Valentine encounters Pip, an amiable white-haired guide, who gives Rocky everything he wishes for.