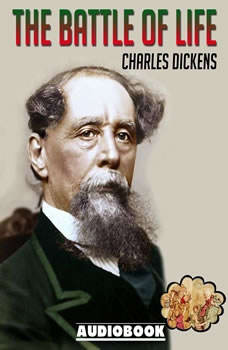 The Battle of Life

While "The Battle of Life" is one of Charles Dickens' Christmas Books - his annual release of a story just before Christmas - this one breaks the tradition by not being concerned with Christmas. The major events of this book take place on land that once was a battleground. That is just a backdrop for Dickens' idea of the real battle of life - finding and winning the right partner, so that life will go on to the next generation. The family that lives there is rather confused in its affections and intentions regarding who should end up with whom. We are thrust into the fight to make things work out, and, happily for a Christmas book, Dickens leads us on to a happy ending.