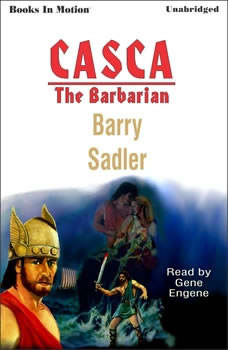 CASCA Series Book #5. The Plains of Parthia were littered with the bodies of the dead and dying, as Casca, the man who could not die, moved away from the battle. Rome did not take desertion lightly, and while they couldn't kill The Eternal Mercenary, the