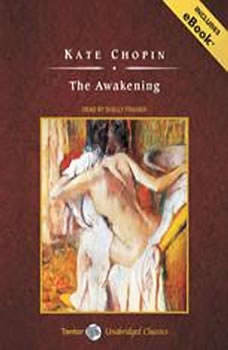 Edna Pontellier is married, twenty-eight, and at a crossroads in her life. She is passionate and artistic but has no one who understands her deep yearnings. She jumps at the chance to spend a summer away from her husband and the heat of New Orleans at a small coastal retreat. Enveloped by a small circle of friends, she begins to throw off the strictures of the 1890s bourgeoisie. Stepwise, Edna renounces her obligations, takes a lover, and is propelled on a course that frees, consumes, and eventually destroys her. In what was to be her last novel, Kate Chopin shocked the audiences of her day by depicting a woman being fulfilled by throwing off the ties of marriage and children.