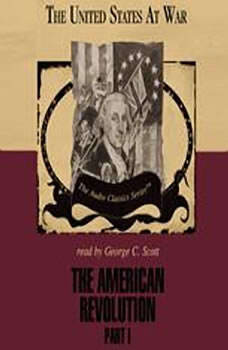 Series: The United States at War

In 1764, Britain imposed the first of several taxes with the Sugar Act. This was followed by the Stamp Act and the Townshend Revenue Act. In 1773, the Seven Years War with France had made Britain the greatest power on earth. But the war had doubled her national debt; interest payments alone consumed 5/8ths of Britains annual budget. To ease this burden, Britain made a fateful blunder she decided to impose and enforce taxes upon the American colonies. In 1776, the thirteen American colonies refusing to pay unjust taxes declared their independence from Britain. The resulting years of war are called the American Revolution. On October 19, 1781, Lord Cornwallis surrendered at Yorktown. The thirteen colonies had won the war. The colonies would now become the United States of America; but their conflicts with Britain were not over. Together, the thirteen colonies set out to create something new under the sun: a government that derived its just authority from the consent of the governed. To understand this unparalleled event, it is necessary to explore the character and ideas of the 18th Century Americans. Many founding fathers believed the real American Revolution was not war with Britain, but the revolution in ideas that preceded and caused the war. From 1760 to 1775, in the course of fifteen years, many Americans were transformed from loyal subjects into rebels against Britain. What vision caused them to rebel? How faithfully did they follow it?