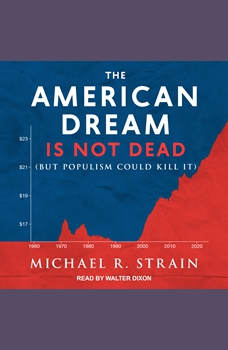 The American Dream Is Not Dead: But Populism Could Kill It

Michael R. Strain, director of economic policy studies at the American Enterprise Institute, shows that, on measures of economic opportunity and quality of life, there has never been a better time to be alive in America.

America at the Crossroads
by George Barna

Today's Most Troubling Trends about Faith and Culture in America We live in a tumultuous time. Upheavals and reversals in culture, popular opinion, morality, race relations, socioeconomic status, and so much more have entire generations feeling ...