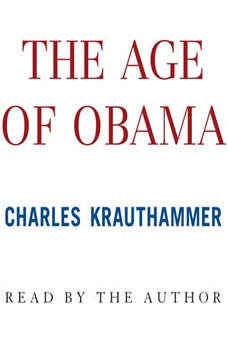 The Age of Obama

The brilliant stylist, popular weekly columnist, Fox News commentator, and bestselling author Charles Krauthammer reflects on the legacy of our 44th president.  In these five new essays, Krauthammer offers a critique of the Obama Administration:  its failed and ambivalent foreign policy, the lawlessness of its rule by executive order, and an air of detachment that has turned this into “an observer presidency.”

This exclusive digital-short audio edition will be included in the revised and updated edition of THINGS THAT MATTER, also available from Random House Audio.

Time for Outrage
by Stephane Hessel

This controversial, impassioned call-to-arms for a return to the ideals that fueled the French Resistance has sold millions of copies worldwide since its publication in France in October 2010. Rejecting the dictatorship of world financial markets a...

Alexanderplatz has long survived as the symbol of a city burdened by its ruinous past. In 2012, twenty-year-old Jonny K. was beaten to death on this infamous Berlin square—and Germany’s first multicultural murder brought another shock to...

In Defense of Nuance
by Magnus Vinding

We appear to find ourselves in a crisis of polarization and failed communication. What can we do about it?This essay argues that part of the solution may be that we all make a deliberate effort to follow certain virtues that are quite straightforwar...