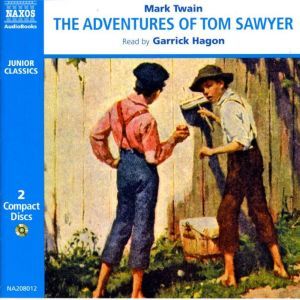 The Adventures of Tom Sawyer is the story of a boy’s adventures growing up in a small town on the banks of the Mississippi river over a hundred years ago. The cheerful, adventurous hero plays truant to form a pirate band and, together with his best friend, Huckleberry Finn, finds fun and excitement, and buried treasure, along the shores of the great river.