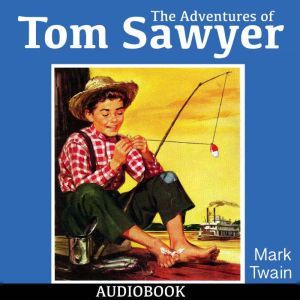 The Adventures of Tom Sawyer is a very well-known and popular story concerning American youth. Mark Twain's lively tale of the scrapes and adventures of boyhood is set in St. Petersburg, Missouri, where Tom Sawyer and his friend Huckleberry Finn have the kinds of adventures many boys can imagine: racing bugs during class, impressing girls, especially Becky Thatcher, with fights and stunts in the schoolyard, getting lost in a cave, and playing pirates on the Mississippi River. One of the most famous incidents in the book describes how Tom persuades his friends to do a boring, hateful chore for him: whitewashing (i.e., painting) a fence.