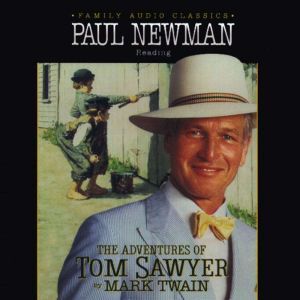 With his uniquely expressive voice, three-time Academy Award® winner Paul Newman vividly brings to life the exciting tale of one of America's favorite heroes. Young Tom Sawyer, full of guts and determination, takes us on amazing adventures that are both touching and humorous, and at their most compelling in Newman's warm and charismatic performance.Produced in a simple manner that allows imaginations to soar, Mark Twain's marvelous enduring wit will charm the entire family. Destined to become an instant classic, this audiobook will help introduce your family to the unique pleasure of classic literature.