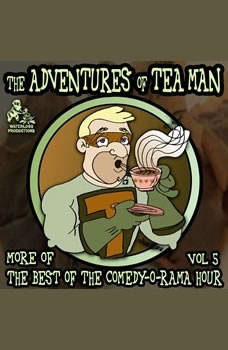 The Adventures of Tea Man: More of the Best of the Comedy-O-Rama Hour

Series: The Best of the Comedy-O-Rama Hour

Like a Jay Ward cartoon in audio, The Adventures of Tea Man is a hilarious, wacky collection of radio theater, written and performed by Mitchell Pearson and the DQD Theater of Philadelphia and produced by Joe Bevilacqua. Get ready for more than two hours of comedy entertainment!