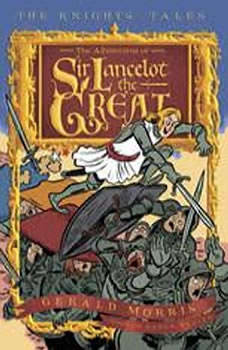 The Adventures of Sir Lancelot the Great: The Knights' Tales Book 1

Sir Lancelot the Great
Of these worthy knights, there was never one so fearless, so chivalrous, so honorable, so . . . shiny as the dashing Sir Lancelot, who was quite good at defending the helpless and protecting the weak, just as long as he’d had his afternoon nap. Behold the very exciting and very funny adventures of Lancelot the Great, as only the acclaimed Arthurian author Gerald Morris can tell them.