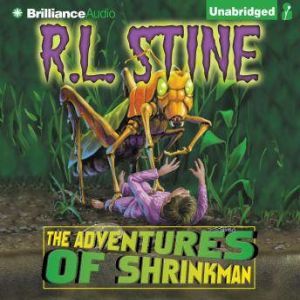 Danny Marin thinks the comic-book super-hero, Shrinkman, is the coolest! Shrinkman can shrink to the size of a bug and go places most ordinary people can’t. But when Danny suddenly starts to shrink, he finds that being small isn’t really so super. In fact, it’s terrifying. First, he’s nearly torn to pieces by his own dog. Then he’s in a fight to the death with a grasshopper! Danny had better find a way to get BIG again—or he will be a little bit gone!“The Guru of Gruesome!” —Booklist