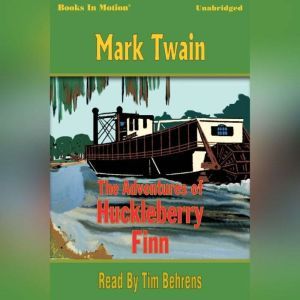 The Adventures Of Huckleberry Finn

Published in 1885, this sequel to TOM SAWYER tells an entrancing tale of mischievous boys during the old steamboat days on the Mississippi River. Huckleberry Finn and his pal Tom Sawyer run away from home and venture down the Mississippi on a raft. Until