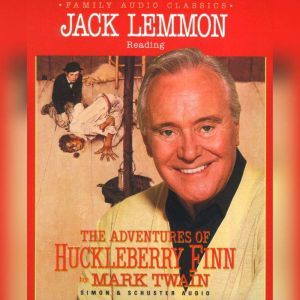 A true classic, a search for America's soul is given the reading of a lifetime by one of America's finest actors -- two-time Academy Award winner Jack Lemmon. Floating on a raft down the Mississippi with Jim, an escaping slave, Lemmon's Huck finds adventure, danger and a cast of characters who are both menacing and hilarious.Produced in a simple manner that allows imaginations to soar, Mark Twain's marvelous, enduring wit will charm the entire family. Destined to become an instant classic, this audiobook will help introduce your entire family to the unique pleasure of classic literature.