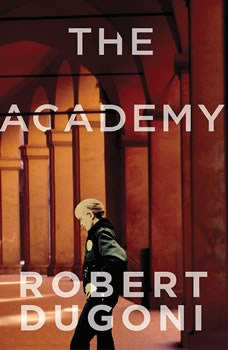 The Academy: A Short Story

Quitting her job as a high school science teacher to join the Seattle Police Department was an easy decision for Tracy Crosswhite. Years earlier, what should have been one of the happiest days of her life instead became her worst nightmare when her younger sister, Sarah, disappeared. After the murder trial, while her family disintegrated, Tracy turned her heartbreak and her lingering questions into a passion for justice.But people don’t just become world-class detectives. If Tracy wants to uncover the truth about what happened to her sister, first she must be forged in the fires of the Police Academy, where not everyone wants her to succeed.

Lincoln and the Golden Circle: The Pinkerton Files, Volume 1
by David Luchuk

The Pinkerton Files is based on the new audio series starring Battlestar Galactica's Michael Hogan. It sets the real cases of America’s first private detective in a world of radical inventions driving a bitterly divided nation toward...

The 7th Canon
by Robert Dugoni

A riveting new legal thriller from the bestselling author of My Sister’s Grave.In San Francisco’s seamy Tenderloin district, a teenage street hustler has been murdered in a shelter for boys. And the dedicated priest who runs the struggli...