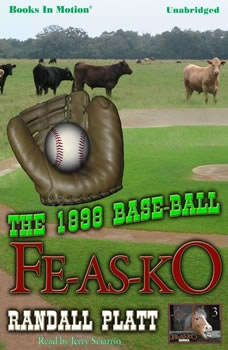 It seems that the FDR writer is back wanting more Fe-As-Ko stories from cowpoke Royal Leckner. This time it's 1897, Royal and E.M. have been married about four years. And so have Leviticus and Lou(ella) Perrault, owners of the Four Arrows ranch. Royal is