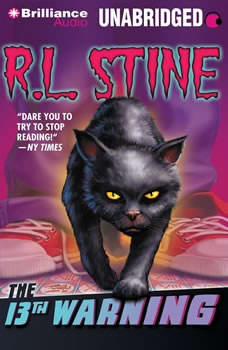 Joseph has always had such good fortune that his nickname is Lucky. His luck has come in thirteens. He’s the thirteenth of his parents’ thirteen children. And both of his parents were thirteenth children. But just before his thirteenth birthday, his luck is about to change. Two mysterious visitors warn him that if he collects thirteen thirteens by midnight on his thirteenth birthday, he’ll unleash a terrible curse. And as soon as they leave, Lucky’s streak goes from good to bad. He’s suddenly the unluckiest kid around — and everything keeps coming in groups of thirteen! Can he break the curse of thirteen before his birthday is his last day? “Stine delivers the hilarity and horror that readers love!” — School Library Journal