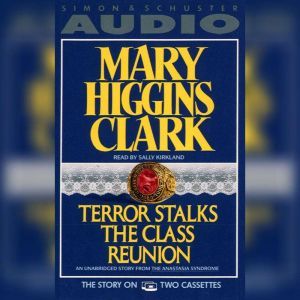 Lovely young Kay Crandall has come back for the reunion of a high school where she once taught. But Kay cannot guess that the happy occasion is about to turn into a nightmare -- as she falls into the hands of a madman who wants to make her into his wife -- and his victim... From The Anastasia Syndrome, her bestselling collection of short fiction, ñTerror Stalks the Class Reunionî is a riveting, unabridged audio production.